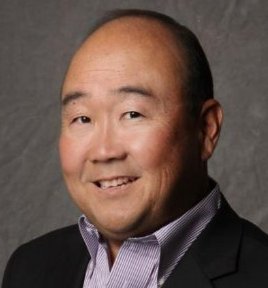 Low-cost accounting software vendor Xero has received $110.8 million as it plans to ramps up growth in the United Kingdom and the United States. The New Zealand-based company said this week it also plans to increase its efforts to enlist accountants and bookkeepers in this country in using its cloud-based products.

The new round of funding is coming primarily from Accel Partners , which is investing $100 million in with current shareholder Matrix Capital Management providing $110.8 million. That follows a $150-million round of funding in October 2013 and the company has a cash balance of about $214.6 million to carry out its plans.

Meanwhile, Xero said that former Dell executive, Russ Fujioka, has been named president of its United States operations replacing Jamie Sutherland, who had held the job since December 2011.

CEO Rod Drury said Sutherland, "Did a great job getting Xero up and running in the US and is now focusing on Accountants and our US product strategy" Sutherland's new title is GM of U.S. products and solutions. Drury said the job in this country is to "Continue to build a strong accountants and bookkeepers channel. It works well for us in each other market, but is slower in the U.S. for several reasons."

Fujioka had been interim VP of marketing and VP of sales for Xero in this country since September. He was at Dell from November 2010 through June 2014 and last held the job of global VP of enterprise solutions and business marketing for just over two years at that company.

Bob Scott has provided information to the tax and accounting community since 1991, first as technology editor of Accounting Today, and from 1997 through 2009 as editor of its sister publication, Accounting Technology. He is known throughout the industry for his depth of knowledge and for his high journalistic standards.  Scott has made frequent appearances as a speaker, moderator and panelist and events serving tax and accounting professionals. He  has a strong background in computer journalism as an editor with two former trade publications, Computer+Software News and MIS Week and spent several years with weekly and daily newspapers in Morris County New Jersey prior to that.  A graduate of Indiana University with a degree in journalism, Bob is a native of Madison, Ind
Last modified on Wednesday, 25 February 2015
Read 2013 times
Rate this item
(0 votes)
Tweet
Tagged under
More in this category: « Avalara Reorganizing Channel Software Boosts Wolters Kluwer in 2014 »