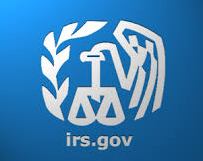 A Toms River, N.J.-based tax preparer has been sentenced to 37 months in prison pocketing refunds she sought without her client's permission. Doreen Gentile has also been ordered to pay $1,863,013 in restitution. She also admitted failing to pay taxes for her business from 2006 through 2009.

Gentile prepared returns for clients that showed they had no tax or refunds due, owed minimal taxes, or were owed less in returns than they were entitled to. She then completed a second set of returns that were submitted to the Internal Revenue Service or State of New Jersey for a full refund.

The agencies then issued checks that were deposited into the firm's bank accounts. She used the proceeds to pay for personal expenses.