TaxAct Revs Up for Nine Months 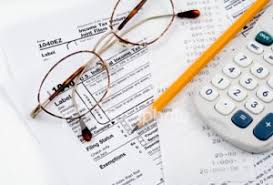 Revenue for TaxAct was up 8.8 percent for the nine months ended September 30. The third quarter was off substantially but Mark Mehlman, CFO of parent company Blucora said that stemmed from the backlog at the IRS.

Tax revenue for the most recently ended quarter was slightly more than $5 million, off 87.2 percent from $39.4 million a year earlier. The impact of the IRS delays meant the company’s refund transfer offering was off, but Blucora expects to recoup the amounts in the current quarter.

With the drop in the third-quarter revenue, TaxAct revenue for the nine months was $22,8 million, rising from slightly less than $203 million in last year’s corresponding period.

Revenue for Avantax, the company’s wealth management business was up by 24.4 percent year over year with the result that the loss for the most recently ended period was $27.8 million, .6 percent higher than a loss of $23.2 million a year ago. Overall, third-quarter revenue was $174.1, down .7 percent from $175.4 million.

Mehlman said the company expects to grow unit share for its tax business “for the first time in many years” and achieve revenue growth of 14 percent to 18 percent.

Avantax revenue for the most recently ended period was $169.1 million, up from $135.9 million.

Bob Scott has provided information to the tax and accounting community since 1991, first as technology editor of Accounting Today, and from 1997 through 2009 as editor of its sister publication, Accounting Technology. He is known throughout the industry for his depth of knowledge and for his high journalistic standards.  Scott has made frequent appearances as a speaker, moderator and panelist and events serving tax and accounting professionals. He  has a strong background in computer journalism as an editor with two former trade publications, Computer+Software News and MIS Week and spent several years with weekly and daily newspapers in Morris County New Jersey prior to that.  A graduate of Indiana University with a degree in journalism, Bob is a native of Madison, Ind
Read 356 times
Rate this item
(0 votes)
Tweet
More in this category: « Intuit Debuts Advisory Services Guide IRS Increases 401(k) Limits »