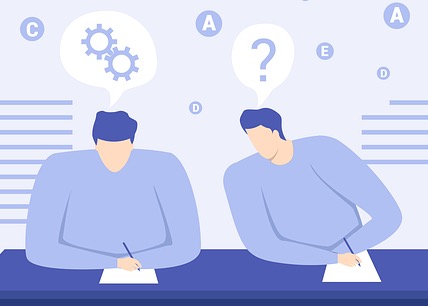 The SEC has socked Ernst & Young  with a civil money penalty of $100 million for cheating by hundreds of audit staffers on CPE courses, including sections about ethics. This was the second major episode of exam cheating in the last 10 years with the other round costing EY $50 million.

The SEC said 91 audit professionals “requested, used, or shared [exam] answer keys with colleagues” even after the firm's  U.S. chair and managing partner warned employees of an SEC investigation in 2019.

Among the findings were that from 2017 to 2021, 49 audit professionals sent and/or received answer keys to CPA ethics exams and hundreds of others cheated on CPE courses. The agency also reported from 2012 to 2015, morethan  200 EY audit professionals “exploited a software flaw in EY’s CPE testing platform to pass exams while answering only a low percentage of questions correctly.”

The SEC made a request to the firm for information about cheating on June 19, 2019 because of complaints the firm had received about the behavior. But in June 20, EY wrote to the SEC that there was no problem and never corrected that filing, the SEC said.

The initial cheating round was flagged by an EY whistleblower in 2014. Despite repeated warnings by leadership again cheating, the firm learned in 2016 members of the Denver, Colo., audit staff shared answer keys and a warning was issued. It issued a second warning in 2017 after learning two audit staffers had cheated.

Despite the warnings, the firm “did not implement any additional controls to detect this misconduct during the relevant period,” the SEC found. The SEC imposed a $50 million penalty in June 2019.

Bob Scott has provided information to the tax and accounting community since 1991, first as technology editor of Accounting Today, and from 1997 through 2009 as editor of its sister publication, Accounting Technology. He is known throughout the industry for his depth of knowledge and for his high journalistic standards.  Scott has made frequent appearances as a speaker, moderator and panelist and events serving tax and accounting professionals. He  has a strong background in computer journalism as an editor with two former trade publications, Computer+Software News and MIS Week and spent several years with weekly and daily newspapers in Morris County New Jersey prior to that.  A graduate of Indiana University with a degree in journalism, Bob is a native of Madison, Ind
Read 623 times
Rate this item
(0 votes)
Tweet
More in this category: « ACIPA Seeks CPA Exam Comments QB Large Firm Council Launches »